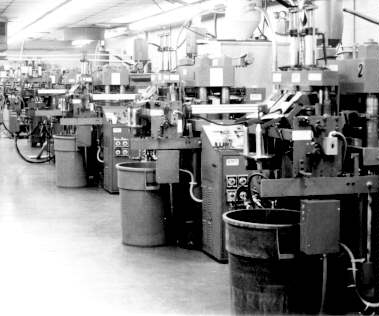 4 Dual 7" automatic record presses manufactured by Southern Machine Technology. (SMT) The trash barrels catch the vinyl trimmed from the edges of the records. 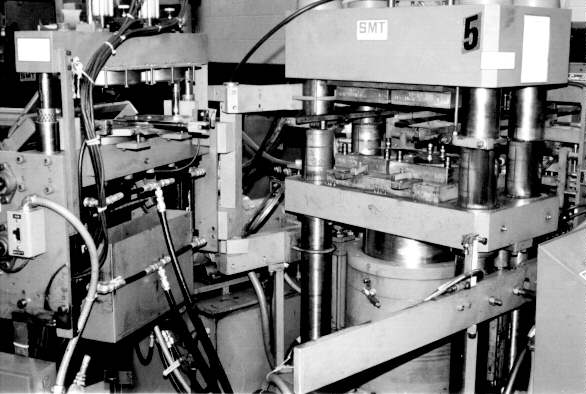 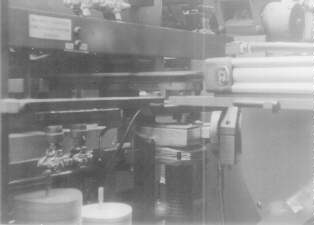 Single press at United, showing lables in the foreground, arm extending the plastic into the press. 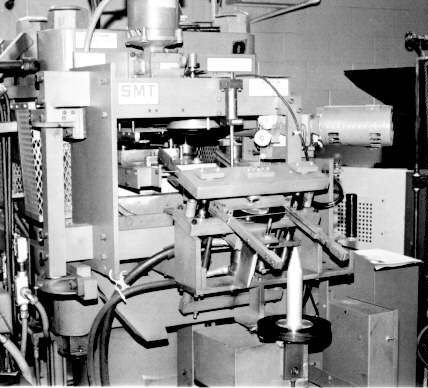 Front side of the single press. The trimmer is driven by the motor on the right. The records slide down the rail, and are released onto the spindle. 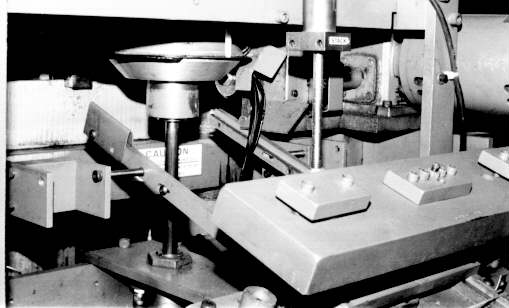 The trimming of the extra vinyl. 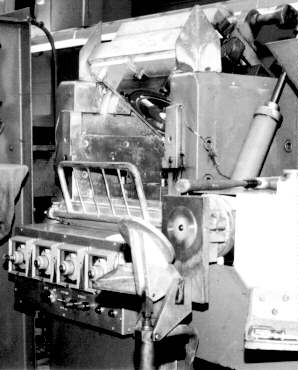 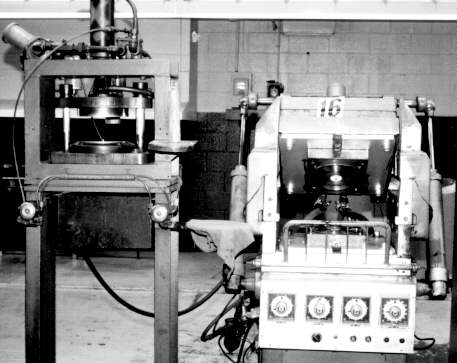 Manual press with trimmer at the left. 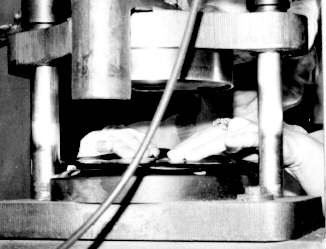 Operating the trimmer by a woman with all her fingers. It's a dangerous operation.